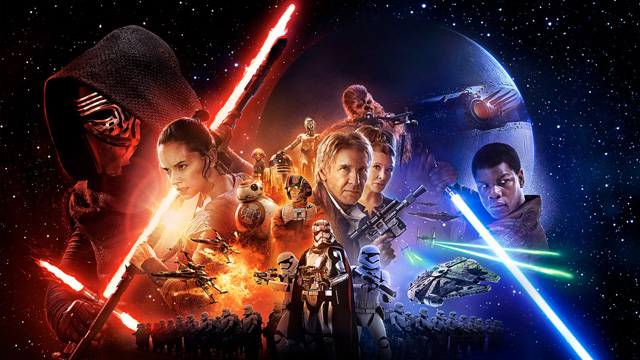 THE FORCE IS STRONG WITH THIS ONE!

“Fear is the path to the dark side, Fear leads to anger, Anger leads to hate, Hate leads to suffering” – Yoda

For many a Star Wars fan, we have been suffering with our beloved movie universe ever since the “Return of the Jedi” ended and we were forced to digest, difficult I might add, the prequels… thus creating a burgeoning fear within us fans about how good this new movie the “Force Awakens” can be. Will it be better than the prequels? Will it be bogged down with stale storytelling and/or pandering to the emotionality of a fan base who have been fooled before? Can the new director J.J. Abrams invigorate the Star Wars franchise like he had previously done with Star Trek and Mission Impossible movie franchises?

Well… fear not young Padawans, as Star Wars: The Force Awakens is a very good movie! The “Force Awakens,” or Episode 7, triumphantly whisks us away back into the wonderful universe about a galaxy a long time ago,… far, far away.

J.J. Abrams was burdened with the inevitable task to bridge the gap of 30 years of storytelling without re-hashing or belittling the original trilogy while forging and leading the Star Wars universe into a prosperous new future. While he may have his detractors, the strengths of J.J. Abrams as a director shine brightly to deliver a well crafted and touching story. What Abrams does so well is he creates and directs action scenes that capture very compelling imagery that serve the story while not being condescending to the viewer, with purpose and just not for action sake. Another common theme of a J.J. Abrams movie is his innate ability for amazing, on-point casting, liken to the Star Trek re-boots.

The Force Awakens introduces us to 2 newcomers, Daisy Ridley, as Rey, and John Boyega, as Finn. They both are intoxicating on the screen as Rey is quite endearing and refreshing, becoming the heart and center of this movie. Finn’s character becomes and represents the journey we as fans must travel if we are to go… where the Force is leading, his growth is our growth. The chemistry between them reminds you of Han and Leia, people from different worlds but get along so well. Oscar Issac, as Poe Dameron, is the surprise character as his role is much larger than led to believe. Poe is cocky and confident, set up to hopefully become the new Han Solo.

Speaking of Solo, Harrison Ford is the glue of the movie, the bridge between 2 worlds, the young and the old. Harrison returns with so much energy as Solo that we accept the premise of this movie; his character fortifies its message. And lastly our new villain, Kylo Ren, played by Adam Driver exceeds expectations as he is complex, unstable (just like his light saber) and reckless and not just evil for evil sake.

The Dark side of the “Force Awakens” is found within one of J.J. Abrams major flaws, which is his frantic pacing. His movies tend to fit so much information within that oftentimes there isn’t enough time to good exposition and/or development of plot points or characters. The scenes are cut so fast that you want to lay down some speed bumps and slow a few scenes down to fully savory the moments but this is flaw actually just makes you wish the film was longer.

So to my fellow force users, there is no reason for fear… we are left in good hands. “Search your feelings… you know this to be true!” So in the words of Darth Vader… “the Force is Strong with this One”

Darryl King is a video director, film writer and avid Marvel comic book/movie lover. Check out his reviews of Fantastic Four, Avengers: Age of Ultron and ANT-MAN, and his primer guide to Star Wars: The Force Awakens right here on MMT. 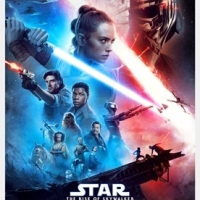