Home › Mind on Movies › A New Hope? a Rogue One: A Star Wars Story review by Darryl King

A New Hope? a Rogue One: A Star Wars Story review by Darryl King

For the first time within the Star Wars lore, we get a story that isn’t focused upon the Skywalker clan and the question is: Will this film stand up?  ROGUE ONE is the story about the small band of Rebels who stole the plans to the ultimate weapon in the universe – the Death Star, a massive planet size weapon that shoots a laser that can destroy a planet with one blast.

Now time hasn’t been kind to how scary the Death Star was, but those old enough to witness its début over 40 years ago know just how devastating and scary it was. Today’s technology and special effects are more advanced, which can render the fear factor somewhat moot when evaluating the power of the Death Star as a weapon and plot point, yet a rebel band finding a way to stop it was a big deal – with greater consequences and meaning.

So, for fans of the Star Wars mythos, “Rogue One” becomes the ultimate fan service vehicle as director Gareth Edwards inserts many concepts and story ideas from the original 6 films, cartoons and books. If you’re familiar with the canon, then “Rogue One” is a wonderful experience – testing your knowledge of the mythology – but if you are a casual fan, this film still works as a sci-fi fantasy war film.

The mythos expansion, while answering who the Rebels were, rectified the major flaw in the original Star Wars movie. It also introduces us to interesting new characters from the universe, some who were greater than others.

Great performances – Mads Mikkelsen as Galen Erso is the character who is the plot device that drives the movie. The story of Galen retroactively changes the movie “Star Wars” and lends direction of “Rogue One.” I just wish we had more of him. Donnie Yen as Chirrut Imwe, one of the last force believers in the universe, made us believe that you can win bringing a knife to a gun battle. His character introduces other fighting styles to the Star Wars universe. And lastly our newest droid entry, K-2SO, a reprogrammed imperial who now serves the rebellion, steals the movie! K-2SO is clearly the best new addition, and is the comic relief and the character we wind up caring about most.

Since the rebellion is the focus in “Rogue One,” our lead characters are mainly there to serve the story. Felicity Jones (Jyn Erso) Diego Luna( Cassian Andor), Ben Mendelsohn (Orson Krennic) and Forrest Whitaker (Saw Gerrera) are interesting personalities, but they lack character development and arcs and primarily are one-dimensional. However, this film gets away with it because the “Death Star” overshadows above all as it’s legend grows.

War film – “Rogue One” fulfills the promise that we sorely desired, emphasis on the war raging in the universe. We see the ground battles, infantry insurgence, rebellion occupation, and the loss of life that comes with war, but not at the expense of space battles that have become the staple of a Star Wars film.

Ultimately, “Rogue One” does the impossible as it betters both the prequels and the original trilogy by essentially becoming a film of exposition for the Star Wars franchise.  But what makes the film great are the very things that hamper it. Having to utilize so many plot points, symbols and idioms from the lore, it stops one from having fully developed main characters to identify with and truly love their journey. We are devoid of the lovable personalities that are also a brand of the universe (i.e. Luke, Han, Obi Wan, Finn, Rey, etc).

In the end, “Rogue One” is a must-see movie for fans. The discovery of so many answered questions and connective tissue offered within this installment allows one to love and appreciate all the time and hours invested in the universe. If you are a casual fan, the movie will be a lot of fun – enough to increase your love for this galaxy, inspiring you to want more.

The goal of this film was to expand the viewers knowledge of the inter-workings of the Empire and the rebellion forces while making a seamless connection with “A New Hope” which it does. Technology and the story allows us to believe in hope and as “Rogue One” keeps reminding us… rebellions are based on… hope.

Darryl King is a video director, film writer and avid Marvel comic book/movie lover. Check out his review of Star Wars: The Force Awakens and his primer guide to the film and Rogue One: A Star Wars story right here on MMT.

Made it back to one of my happy places for a modestly attended viewing of #TheLastDuel. The draw for me was Marguerite's ( #JodieComer) story, but it ended up blanketed by a violent male gaze. Really wish it was more empowering 🤦🏽‍♀️🤷🏾‍♀️ #Its2021 #MMT 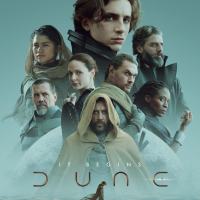 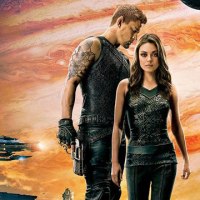