The movie focuses on Holiday (singer/songwriter Andra Day) as a target of the Federal government, who uses an inside man – federal agent Jimmy Fletcher (Trevante Rhodes, Moonlight, Bird Box) who engaged in a tumultuous affair while setting up the singer for her 1947 trial – and her drug addiction to stall her career after her refusal to stop singing the anti-lynching anthem “Strange Fruit.”

Daniels and Parks effectively present Holiday as a fighter and unwitting civil rights leader. I’d only known stories of men rescuing, or the damsel in distress with an addiction narrative of Ms. Holiday. Here, she is portrayed as the fighter that people close to her have described – standing up to those who took advantage, her detractors, critics, and those in authority who sought to silence her and her artistry.

One of my favorite scenes is Holiday arriving to trial and being questioned by a Black reporter, who rebukes her behavior publicly while asking if she wants to be a credit to her race like other notable Black artists, such as Marian Anderson and Lena Horne. Holiday fires back, telling the reporter that the people hardest on her are her own race and that she doesn’t need prison, she needs help – a bold proclamation for its time and an apt reminder of those currently suffering with addiction.

The story also succeeds in displaying Ms. Holiday’s substance abuse in a more empathetic light than it’s 1972 predecessor “Lady Sings the Blues,” which earned the legendary Diana Ross an Oscar nod for her Lady Day depiction. The compassionate outlook is no surprise, considering the film is adapted from a chapter in Johann Hari’s 2015 book “Chasing the Scream: The First and Last Days of the War on Drugs,” but a welcome one, nonetheless.

Back in January when I first viewed the movie, I wrote the following per a reaction request from a marketer, “Impressive performance by Andra Day, beautifully shot and remarkable set and costume design. Most importantly, I am happy that a more extensive story about Ms. Holiday being targeted by the federal government is being told, along with an empathetic view of her drug addiction.”

However, upon a second watch, I found myself distracted by Daniel’s transition choices and the film’s editing. I am a fan of his television shows (Empire, Star) – or shall I say his former nighttime soaps since both are now cancelled. So, I blame my fandom, mixed with my excitement to watch and Day’s phenomenal performance, with the extra forgiveness during my first viewing.

And while I appreciate the civil rights framing, I feel that several topics like Holiday’s relationship with her mother, her push into prostitution as a child, the sexual assault trauma, and how all three played a role in latter relationships are given the short treatment – and warrant more than the episodic glimpses and brief discussion by her stylist and confidante Miss Freddy (Miss Lawrence, Star).

Yet, the movie is a visual feast, highlighting the opulence and Black excellence of the time with magnificent set design choices and stellar costuming.

And Andra Day’s debut is nothing short of spectacular – capturing the late star’s magnetism and regality. Even her vocal (speaking and singing) choices are eerie resemblances to Holiday’s. She has certainly earned any and every award nod she will receive this season.

The film’s cast is rounded out with several extraordinary players, including the talented Da’Vine Joy Randolph (High Fidelity, Dolemite Is My Name) as confidante Roslyn, and an underused, spot-on cast Natasha Lyonne (Orange is the New Black, Irresistible) as actress and Day’s friend, and former lover, Tallulah Bankhead.

“The United States vs. Billie Holiday,” much like the recently released “Judas and the Black Messiah,” focuses on a specific period in the titular character’s life, while displaying the manipulative and deadly tactics used to silence one of the most prolific voices of her time.

Even with its flaws, the film manages to give a timely history lesson about a period of Holiday’s life that not many were as familiar. It is not as greatly constructed as Daniel’s The Butler, but it serves its purpose of bringing greater awareness to Holiday’s struggles for artistic autonomy, and her fight to highlight the horror and injustice of lynching in this country.

I rate the film 3 out of 5 beats on the MMTrometer. 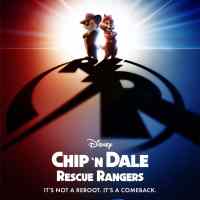 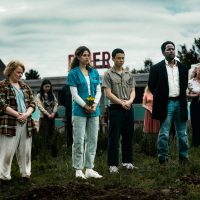 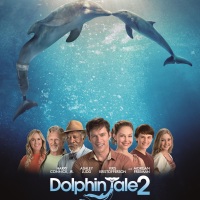 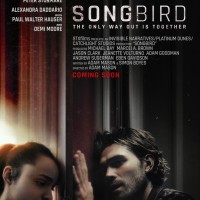 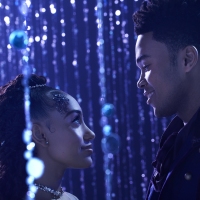