Based on true events, the dramedy follows Destiny (Wu), a young woman struggling to provide for her grandmother and herself day to day, while working in the cutthroat world of exotic dancing. Between trying to attract the attention of customers, not being the best dancer, not stepping on the toes or pissing off other workers, and paying percentages to DJs, bartenders and managers to make it all happen, she is left with little pay – after working very long nights. After meeting the savvy Ramona (Lopez), the top money earner at the club who seems to have it all together, the pair form an unlikely friendship and become the leaders of a crew that implements a plan to steal money from its Wall Street clientele. Greed and betrayal ultimately lead to the groups downfall, and to some harder lessons than the one Destiny thought she had to abide – to beat a broken system, you must hustle or be hustled.

“This city, this whole country, is a strip club. You’ve got people tossing the money, and people doing the dance.” – Ramona

So, here are my thoughts. First things first, Jennifer Lopez is everything in this film! Yes, I am fangirling, yes, I think she was that good and yes, her pole-dancing routine is fire! Okay, now that I’ve released that excitement, Lopez gave a nuanced performance that was dynamic and hit all the right notes – funny, controlling, nurturing, ruthless and contrite – as needed.

And can I say that at 50 years of age, Ms. Lopez is just a baddie? Wait until you see her physicality in action for yourself. I can see why there’s already been award talk regarding her performance.

And, I suspect there will be some mention in that area for Wu’s performance as well, as her character carries the film and the audience experiences most of the story through her eyes. Wu’s vulnerability and the initial excitement of her character’s novice is gripping, as the audience becomes invested in Destiny’s journey to not only obtain a secure life financially but one of emotional security – which it appears she finds in her relationship with Ramona.

In production notes, Wu discusses the relationship between Destiny and Ramona, and compares it to an excerpt from one of her favorite novels. “What Ramona is for Destiny reminds me of this quote from Patricia Highsmith’s The Talented Mr. Ripley: ‘The thing with Dickie… it’s like the sun shines on you, and it’s glorious. And then he forgets you and it’s very, very cold…When you have his attention, you feel like you’re the only person in the world, that’s why everybody loves him so much.’ Destiny’s dream come true is for Ramona to love her.”

And remarkably, the love that develops, and how it’s portrayed, is one of the strongest elements of the film – as it’s aptly tested by the events that strengthen and subsequently sever the strong bond created between those two.

Writer-director Lorene Scafaria obtained her goal in creating a film that’s part, “…crime drama, stripper movie, and an exploration of the economic upheaval that upended the lives of so many, including (the) characters.” It’s a polished production, from the most glamorous shots to portraying the grimiest of scenes.

Inspired by the article published by New York magazine entitled “The Hustlers at Scores,” written by Jessica Pressler, “Hustlers” is a riveting account of women that form a powerful bond and attempt to survive in what too often is an exploitative industry – which unfortunately leads them to become like the very people they believe have taken the most advantage.

A serious theme, with the right amount of comedy mixed in – comedic highlights especially being with Cardi B, Lizzo and Keke Palmer’s characters – the film is engaging and entertaining from start to finish. I rate “Hustlers” 4.5 out of 5 beats on the MMTrometer. 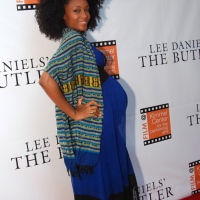 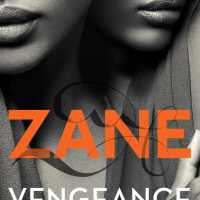 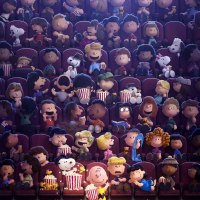