“You have a purpose and you are loved,” a statement that Joyce Smith (portrayed by Chrissy Metz of This is Us) makes to her son John (portrayed by Marcel Ruiz) in the movie “Breakthrough” which was released earlier this week on Blu-Ray/DVD and 4K Ultra. And love is one of the dominating themes in this based on a true story that highlights John Smith’s encounter with death, being brought back to life, and the impact this had on the community around him.

Here’s the synopsis: “Breakthrough” is based on the incredible true story of one mother’s unfaltering love in the face of impossible odds. When Joyce Smith’s adopted son John falls through an icy Missouri lake, all hope seems lost. But as John lies lifeless, Joyce refuses to give up. Her steadfast belief inspires those around her to continue to pray for John’s recovery, even in the face of every case history and scientific prediction.

Now for those who have an aversion to Christian or religious-based movies, this may not be your cup of tea. However, I would encourage everyone, especially those previously mentioned, to watch this one for two reasons: 1) it’s a highly inspirational story regardless of one’s religious leanings and 2) the firefighter who is credited with locating John in the icy river is agnostic. That firefighter, named Tommy Shine and portrayed by Mike Colter (Luke Cage), and his experiences during and after the rescue are depicted with an honest and realistic approach that all viewers can relate.

I found this film to be one of the better made movies in the genre, with a dynamic cast – that includes the aforementioned in addition to Topher Grace (BlacKkKlansman), Josh Lucas (Sweet Home Alabama) and Dennis Haysbert (Life of a King, LUV) – beautiful cinematography and a powerfully engaging story, albeit the ripped-from-the-headlines tale was ready made to be told on the big screen.

I also enjoyed the film’s highlighting of John’s journey – as an adopted child who wrestled with his identity and relationships before the accident to his struggles with being identified as “different” after surviving it. Marcel Ruiz gave an understated yet poignant performance of a teen still grappling with abandonment and unable to fully accept the love of his family.

And Chrissy Metz was remarkable as John’s mother Joyce, whose faith and conviction inspired an entire community’s support and helped bring her son through his ordeal – without any major organ damage or impairment.

That being said, I feel scenes that involved live music were forced and came across as a bit “cheesy” versus elevating the story (mostly the vigil scene versus the church worship scene featuring real life Christian artist LeCrae).

In sum, “Breakthrough” is an inspiring, beautifully shot film, with a few corny elements, that reaches a wide audience despite religious beliefs. There are several themes – family, identity, community, faith and love – that are presented in a truthful and realistic way. I rate it a 3 out of 5 on the MMTrometer.

BREAKTHROUGH is available now on Digital, Blu-Ray/DVD and 4K Ultra HD. Get additional details about the film and purchase information at the official website here.

Along with producer DeVon Franklin (MIRACLES FROM HEAVEN), the film was adapted for the screen by Grant Nieporte (SEVEN POUNDS) from Joyce Smith’s own book (The Impossible). BREAKTHROUGH stars Chrissy Metz (This is Us), Josh Lucas (Yellowstone, SWEET HOME ALABAMA), Topher Grace (SPIDER-MAN 3, That ‘70s Show), Mike Colter (Luke Cage), Marcel Ruiz (One Day at a Time), Sam Trammell (This is Us, True Blood), and Dennis Haysbert (24). BREAKTHROUGH is directed by Roxann Dawson (House of Cards, The Americans).

Awarded the Dove Seal of Approval for All Ages, BREAKTHROUGH’s message of hope and community will inspire the whole family. 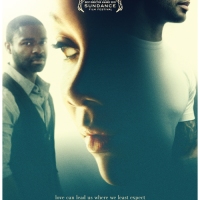 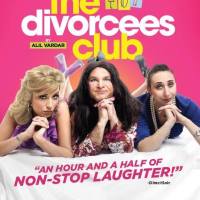 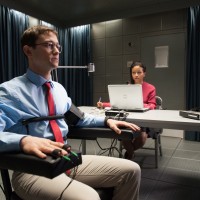 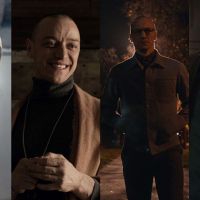