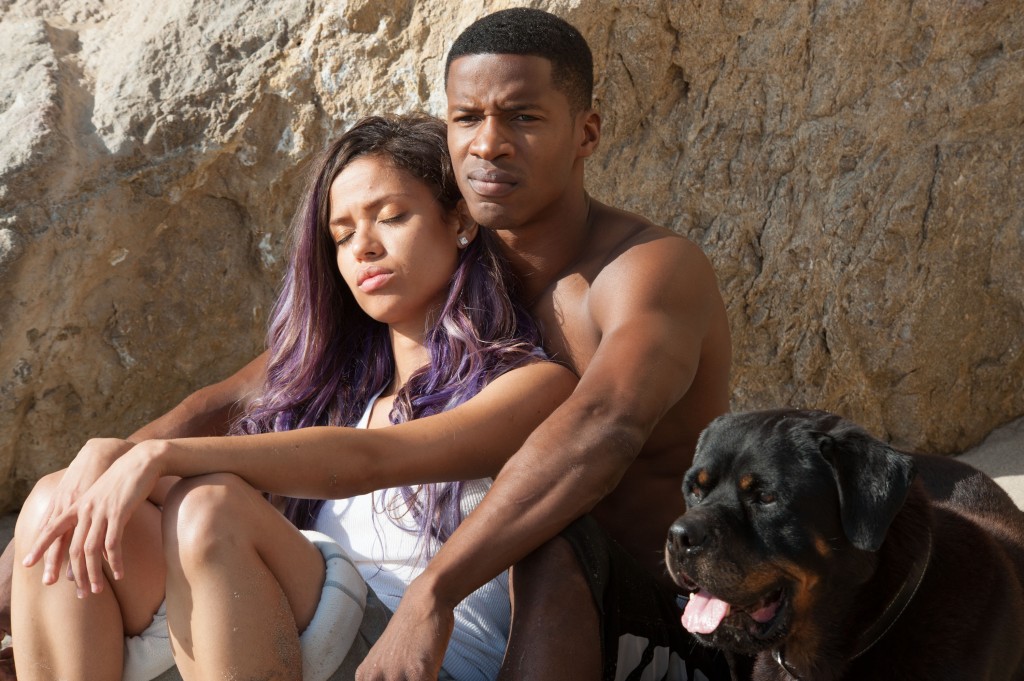 Happy Friday MMT Family!  I hope that some of you are already out tonight at the theaters in support of Gina Prince Bythewood’s latest gem Beyond The Lights.  Starring Gugu Mbatha-Raw, Nate Parker and Minnie Driver, Beyond The Lights is a film with abundant layers, so much so that I dare not simply label it a “love story.”

The film depicts the story of a fictional singer Noni (Mbatha-Raw) who’s dealing with the pressures of fame and – through a desperate, life-threatening act – begins a journey towards self-awareness and true self-acceptance. Accompanying her is Kaz (Parker) a police officer with a bright future in politics ahead of him – who also has to accept some truths about his own journey.

Now if you’ve seen any of the trailers, it’s easy to surmise that Noni’s “mom-ager” Macy, a role delivered skillfully by Minnie Driver, plays a huge part in the pressures experienced by the her daughter. However, the layers of this film!  You know I won’t spoil, but I will say that Mrs. Bythewood is a master at drawing you into each character’s experience and coupled with Driver’s performance – the audience does come to relate a bit more to Macy’s choices and actions towards her daughter.

Okay, so many of you are going to hear from your less emotive friends that they don’t want to see a so-called “chick flick” or something similar.  I urge you to share with them this beautiful comment from a woman, named Stephanie, posted on the film’s Facebook page:

“Saw this in Denver on Wednesday, with my teen son. Exceptionally well-crafted, tastefully shot, great story, and excellent soundtrack. Teen boy said “Kind of a chick flick, but not too much…I liked it!” And we talked about it for an hour after! Not a film I would have prioritized attending, based on title/poster/IMDB – but definitely a “don’t miss” – it’s hard to find a PG-13 with substance!”

Another highlight for me?  The legendary Danny Glover, who plays Kaz’s father Captain Nicol.  Y’all know I love Mr. Glover and would watch him recite phone book entries – I’m not even kidding! 🙂  But seriously, with a standout cast, and Gugu Mbatha-Raw’s dynamic turn as a pop star – doing some of her own singing,  including an a capella version of  Nina Simone’s “Blackbird” – this is not a film to miss in theaters.  And to my fellow “emotives,” don’t fret. This movie will tear you down at some parts, but don’t worry – you’ll rejoice in the end.

Check out the trailer below and come back and leave a thought or two in the comments section when you see the movie. And all of my giveaway winners, you’re not off the hook! Leave some comments too. 🙂