A delightful and inspiring coming-of-age tale, based on the award-winning novel by writer/director Tim Federle, the film follows 13-year-old Nate Foster (Wood) and his best friend Libby (Brooks) as they travel to New York City – without parental permission – to audition for “Lilo and Stitch: The Musical.”

Similar to my experience with “Encanto,” I knew I was in for a treat within two minutes of the movie’s opening. Starting off with George Benson’s “On Broadway,” Nate promptly awakes and dances his way to the bathroom in full theater mode (P.S. – there is a cool cameo around the 47-minute mark). And if there was any doubt, Nate’s first big routine “I’m Heading to the Big Time” lets the audience know that this kid is ubertalented – and clearly a triple threat.

Both actors who portray Nate and Libby are magnetic, with big personalities, making them so easy to root for. And even though the audience can predict a happy conclusion is in the making, the film does not allow things to work out completely as expected – adding a bit of grounding to a fantastic journey already layered with several life lessons on bullying, inclusivity, self-awareness and pursuing passions.

Filled with humor and great musical numbers, this one is definitely hanging out in my rewatch queue. I love a great underdog story and this one speaks to my inner, should have been a Broadway baby, I’m a part of the awkward kid tribe! I rate it 4 out of 5 on the MMTrometer. 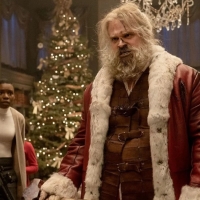 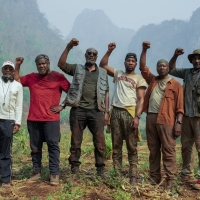