Earlier this summer, I clicked a link to view what would be a life changing movie trailer. How fascinating it was to see jaw-dropping cinematography aligned with an amazing story line. MOONLIGHT is one of the most compelling coming of age stories I’ve seen in a very long time.

Lead character Kevin is living in the less than picturesque hood of Miami. He’s a little boy who is in flux with being different – in terms of his dark hue, no father and a drug addicted mother.  His new-found champion is the local drug dealer. What would’ve been a stereotypical intro story line suddenly became the drawing card for the entire movie: innocence. We meet what would be the catalyst for Kevin’s foundation of love.

In this section of the film, Kevin is in high school fighting internal, and external, angst. He is bullied by a classmate repeatedly and has come to terms with his mother’s issues. This is also a “Piedmont” of sorts, because he is now forced to see himself in ways he’s been fighting. (Spoiler alert) Kevin has a beautiful moonlit encounter on the beach with his childhood friend. What’s interesting is prior to this, neither possess language to verbalize their desire and love for each other. What couldn’t be said, however, was fully expressed by their actions.

Without giving away too much of the story line and ending, after becoming hardened by life, and transitioning from a naïve soft-spoken kid to a cold thug, Kevin ultimately reunites with persons, removed from earlier on in the story. I felt this part of the film was the most complex, but also the most beautifully written.

In short, “Moonlight” is a poignant story of growth, with key scenes that display love personified and denote that black men are both magical and sensitive – images not often depicted on the big screen.

I am grateful that this isn’t deemed as a “DL” storyline, but simply a young man, in three stages of life, who is dealing with his reality. His sexual identity isn’t maligned by a sex scene and the story is told from a human experience.

“Moonlight” should be seen by everyone – anyone with sexual identity concerns, anyone that values equality, anyone that loves the idea of love… anyone that is human. The film is currently in theaters nationwide, so please support! Philly area readers can click here to get current (as of date of post) theaters/showtimes.

Christopher D. Weaver is a PR consultant, freelance writer/editor and author of the site Running Across My Mind, where he shares words of encouragement and honest conversation about daily life. You can check out his reviews of Hollywood Beauty Salon, Zoe Ever After, and music review of Brandy’s Beggin and Pleadin right here on MMT. 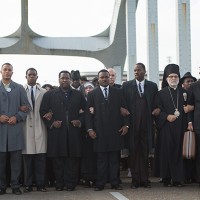