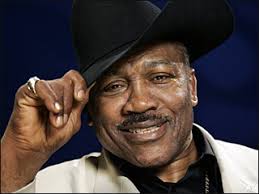 I’d like to take a pause this blog from my normal focus and pay tribute to the legend and former heavyweight boxing champion, Mr. Joe Frazier (1944-2011).  A humble man of Carolina origins, who made Philadelphia, PA his home, he lost his battle to liver cancer yesterday at age 67.  As a child growing up in North Philly, and a boxing fan, I took pleasure walking past the boxing gym he built in my neighborhood and catching glimpses often of Mr. Frazier outside.  He opened his gym to help guide and train local boxers after his boxing career ended; and although that career was stellar, 32 wins (including 27 KOs) and only 4 losses, his light was often dimmed by more charismatic figures, most notably his boxing nemesis Muhammed Ali.  He wasn’t as dynamic or entertaining as a speaker (at least the general public never cast him as such) and subsequently his accomplishments weren’t as celebrated.  Even locally, more Philadelphians currently sing the praises of the fictional “Rocky” character than of  Mr. Frazier.

I won’t dwell on the negativity between the two boxers, because this is a tribute and they have since made amends.  That being said, Muhammed Ali was quoted yesterday as saying “the world has lost a great champion. I will always remember Joe with respect and admiration.”  I dedicate the song and link below as a token of my respect and admiration for Mr. Joe Frazier.  Rest in Peace Sir.  Until next thought family, Thomasena.